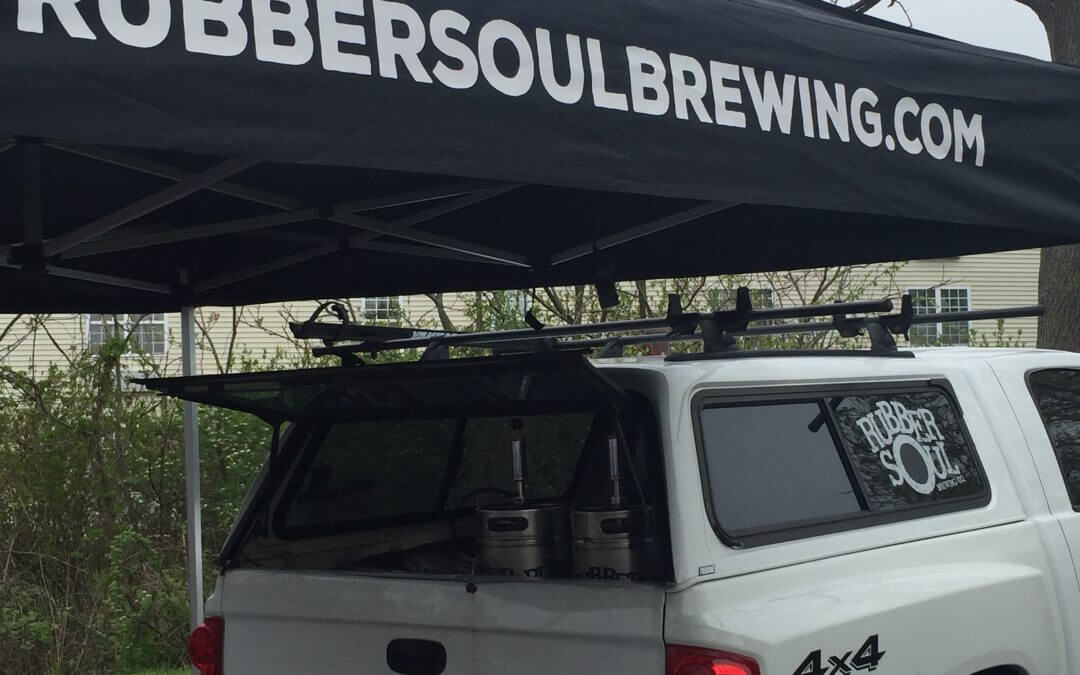 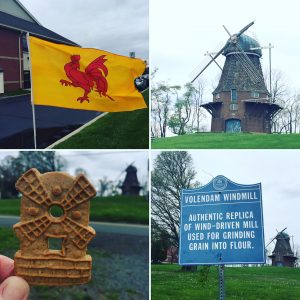 I got to ride Kermesse Sport’s Flèche Buffoon on Saturday, April 30.  Kermesse puts on some of the best Spring Classics styled rides that you can find.  While some of the earlier rides – like Hell of Hunterdon and Fool’s Classic – take in lots of crappy, gravel roads (the kind of roads that the NDVR Alpha thrives on) Flèche Buffoon is all on paved roads with plenty of climbing.
I’ll tell you that, without a doubt, I’m not a climber now nor have I ever been.  At my fittest and fastest I was 6’3” and 175 pounds.  That was over thirty years ago.  I’m still the same height and now weigh a lot more.  Flèche Buffoon is 75 miles and somewhere around 6600 feet of climbing.  This isn’t long, steady climbing where you can set a rhythm.  It’s Bucks County Pa climbing along the Delaware River.  If you look down at your Garmin and see 6% you’re happy that the road flattened out.
With too few climbing miles in our legs The Girlfriend and I decided to cut out a large chunk of the hardest climbing in the middle of the ride.  Those climbs – Uhlerstown Road and Adamic up to the Volendam Windmill – have been there a long time and they’ll be there later in the season if The Girlfriend wants to ride to a windmill.  We climbed somewhere around 2200 feet in the first 25 miles of the ride.  Those 25 miles included a couple of nice long descents to make sure that the climbing was (maybe) worth it.
With the wise choice made to skip the really hard stuff we rolled to the finish and the promised recovery beverages.  Since Kermesse’s rides are mostly Belgian themed there is always good beer at the finish… 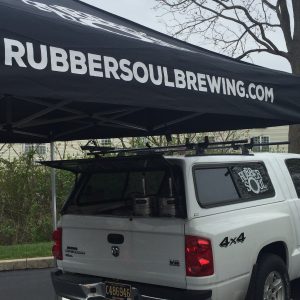 Fleche Buffoon’s beer sponsor was Rubber Soul Brewing out of Salisbury MD.  The Co-Founder, Jesse Prall, is a cyclist.  (His bio on the Rubber Soul website uses the term “Crazed Cyclist”.  Without me knowing it I Jesse had ridden by me on a slight uphill.  (I nearly caught him on a descent but a car was in the way…)  The guy is fit…and he makes great beer.  Make sure you read his bio…
At the finish Jesse had set up two kegs in the back of his truck – Chamois Cream Ale and Paceline Session IPA.  As a good cyclist and fan of good beer I sampled both.  I made sure that my sampling was adequate to really form my opinion of the brews.  (I had a driver for the ride home.)
The Paceline Session IPA was a really nice IPA.  Enough hops to know you were drinking an IPA, not so much that you thought the brewer was trying to teach you a lesson.  The Rubber Soul website lists Paceline as 50 IBU and 4.3%.  Definitely sessionable on a warm day.
Chamois Cream Ale is no Gennie Cream.  This is flavorful beer that goes down easy.  I’m pretty sure that the Chamois Cream keg was emptied first showing that it makes a great post ride beer.  My cycling and beer drinking friend, Gary, refers to beers like this as “grass cutting beer”.  Perfect for after mowing the lawn or a hard ride.  No hint of chamois cream is the taste at all.  18 IBU and 4.5%
As always, it’s good to make friends with the sponsor and thank them.  When the sponsor is a brewer that sometimes means a little something to take home.  Jesse hooked us up with a crowler of Rubber Soul’s Temporada Saison.  I don’t see Temporada on the website so I don’t have the details.  Here’s what I can tell you.
What’s your go-to brew style after a ride?  Does the style change depending on the temperature?  Let us know.  Want to send a Tastes Dispatch?  Check out the requirements here.

Want to share your adventures with the NDVR community?  Head over to our Dispatch Requirements page for guidelines and how to submit your Dispatch.

Do NOT follow this link or you will be banned from the site!